How do I determine the value of my old wine?

Did you know that 97% of wines should be consumed within 3 years? Among the 3% that remains are the exclusive vintage wines that we have our eye on. Do you have an old wine collection or perhaps a wine cellar in your possession? VINEUT Rare & Vintage Wines will gladly visit you for a wine valuation. Want to find out for yourself beforehand? In this blog we explain what you should look for.

When buying a house, you look at the year of construction; with wine, it’s the year the grapes were harvested. If the wine comes from a good year, it is usually worth more. The grape, the soil and the (weather) conditions in which the wine was made are also taken into consideration. The sun gives grapes the best chance to ripen well, but a summer that is too hot is often not conducive either. In wine countries with an unpredictable climate, the quality of vintages can fluctuate greatly; the wines from wine countries with a predictable climate are often more consistent in quality. Note: a poorer vintage for red wine does not necessarily mean a poor vintage for white wine from the same region.

A few exceptional vintages in a row: 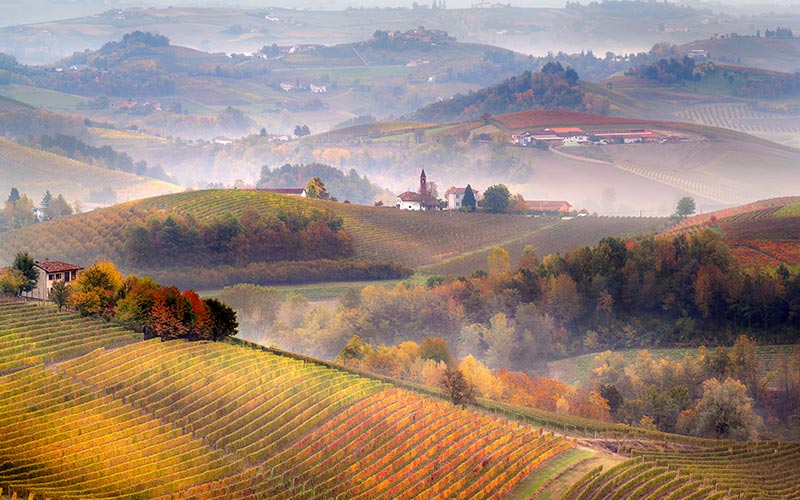 The fill level, the color, the capsule, and the label tell a lot about how the bottles have been stored. Storage is of great importance to the value of your wines. Think of a dark, odorless room with a constant temperature between 10 and 15°C. A humidity level of 75 to 80% is perfect and promotes the preservation of quality considerably. If the humidity on the outside of the bottle is too low, the cork becomes too dry, and oxygen will penetrate via the cork. By storing the wine bottle lying down, the cork on the inside of the bottle is kept moist by the wine.

Condition of the wine (bottle)

Capsule
First, we assess the capsule of the wine bottle. A bottle with a capsule in perfect condition indicates a good wine condition. When there are holes or white or green dots, corrosion has taken place and the cork is often soaked with wine.

Fill level
The producer fills the bottle to the neck, but during aging the wine may evaporate through the cork. This is a natural process, but it must be prevented as much as possible. Should the fill level be below ‘low shoulder’ level, this often indicates poor storage or a problem with the cork. In the latter case, oxidation may have taken place.

Oxidation
Wine oxidizes when it comes into contact with air. This applies to wine in the fermentation tank, the barrel, and the bottle. It can happen suddenly due to a large dose of oxygen or very gradually, when air enters the bottle through the cork. This can cause the wine to become dull and cloudy so that you can no longer see through it. You can check this yourself with a torch. Hold the torch against the bottle and test whether you can still see the light on the other side of the bottle. If you can no longer see through it, this is generally not a good sign. On the other hand, there are also unfiltered wines that are naturally cloudy or due to a dark grape variety. It therefore depends very much on the wine you are appraising.

Apply for a wine valuation at VINEUT Rare & Vintage Wines?

VINEUT Rare & Vintage Wines always provides a good offer, including clear explanation of why one bottle is in top condition and the other has flaws. Read more about it here and request a valuation right away. We are very curious about your collection!