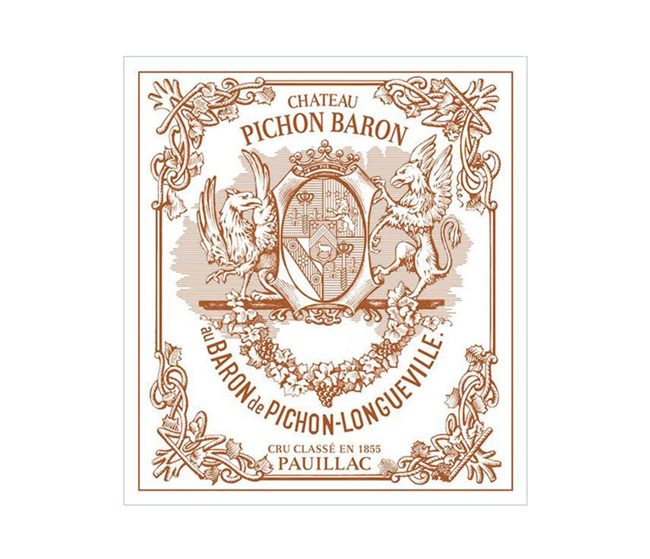 Pauillac is situated about 40 km north of Bordeaux along the Gironde river. The region is a paradise for winemakers because of its gravel and clay subsoil. Since the soil retains the water, it provides the roots with nutrition. At the same time, the gravel is ideal for drainage. Pichon Longueville Baron has 73 hectares of high quality land. As a result, the average age of the vines is up to 35 years.

The splitting of the heritage

The estate was founded at the end of the 17th century. From the very beginning it was a renowned estate with a solid reputation. In 1850, it was split in two and divided among the five children of Baron Jacques Pichon de Longueville. Baron Raoul Pichon de Longueville’s part became the Pichon Baron. Baron Raoul had the majestic château, with its two characteristic towers, built here in 1851. The other part was divided among his three sisters and became the Château Pichon Comtesse. In 1933, it was sold to the Bouteiller family, who subsequently managed the château for 50 years. 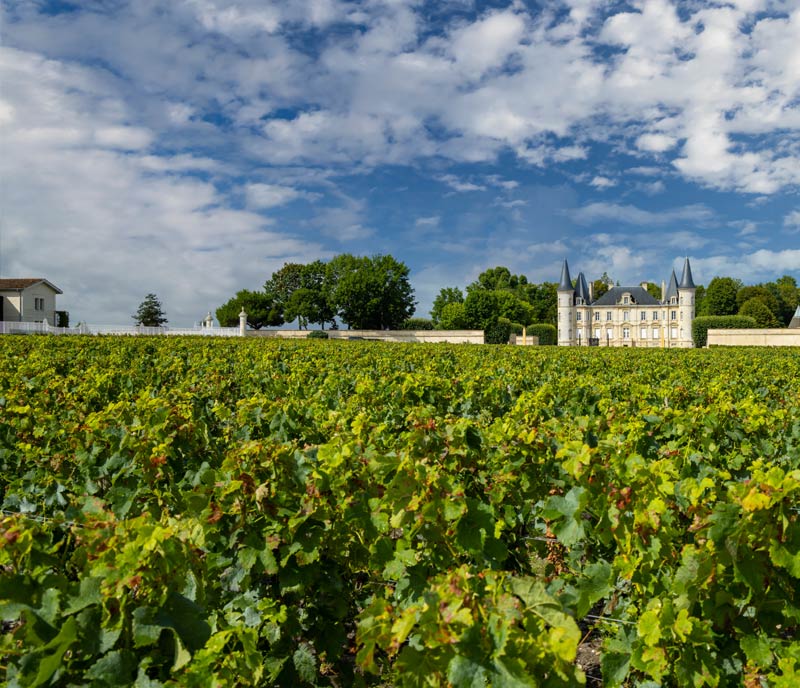 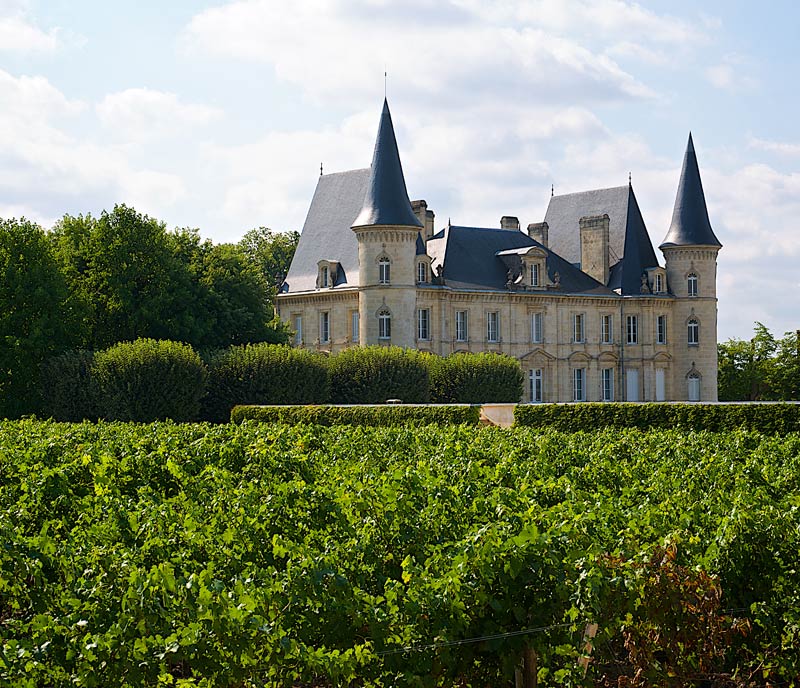 In 1987, the estate was bought by AXA Millésimes, whose purpose is to allow prosperous wines with a glorious past to reach their full potential. This involved modernising the estate. An architectural competition was held in cooperation with the Paris Pompidou Centre to provide the estate with new usable buildings

The best part of the terroir is entirely devoted to the production of the Grand Vin: Château Pichon Longueville Baron. The bouquet is precise and intense; it reveals a wide aromatic pallet of ripe dark fruit and spices. Pichon Longueville Baron is a long-lasting wine and gets better with age. The château produces two other wines as well: Les Tourelles de Longueville and Les Griffons de Pichon Baron. Both are well known for their longevity and can last for more than twenty years. 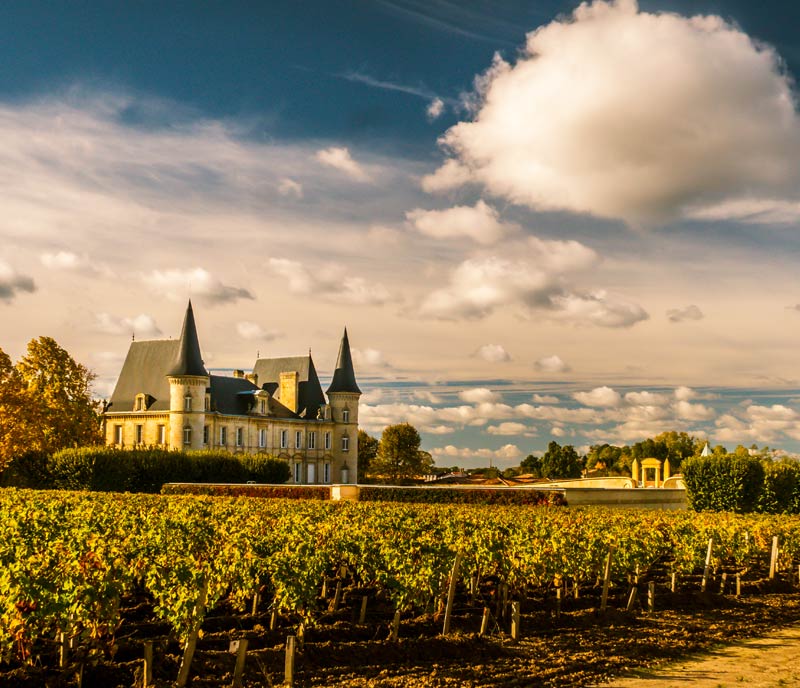 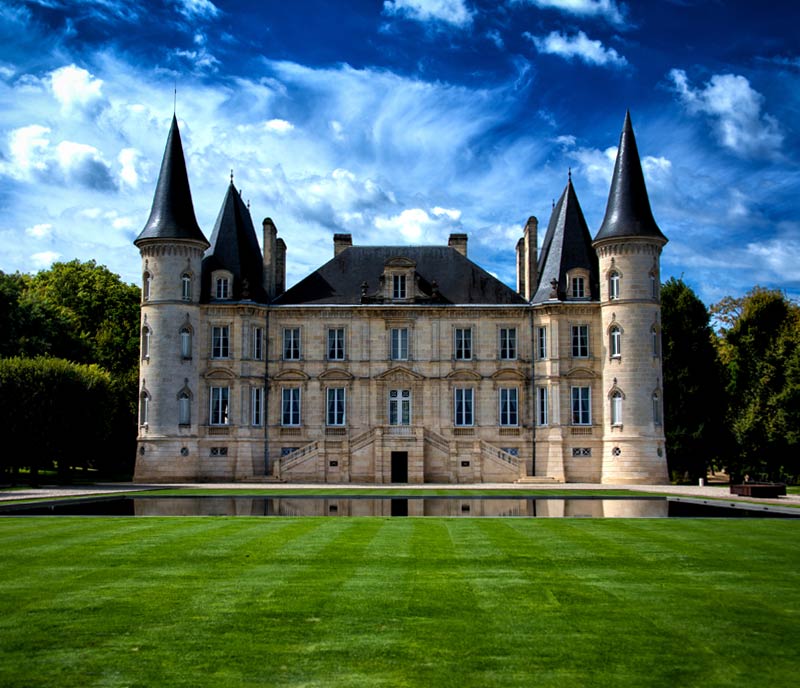 The division of the estate has ensured that each château has developed its own character and taste. Pichon Comtesse has a feminine character and can either be enjoyed early or matured over time. In comparison, Pichon Baron is a much more masculine and robust Cabernet Sauvignon dominated wine, which requires longer to reach its peak. Although the mood between the neighbouring chateaux is not always friendly, this is not to the expense of the quality of their wines.