The terms below are indicative of the fill levels:

NECK
All levels above bn. Good level for wines of all ages

BN
Base neck. Good level for wines of all ages 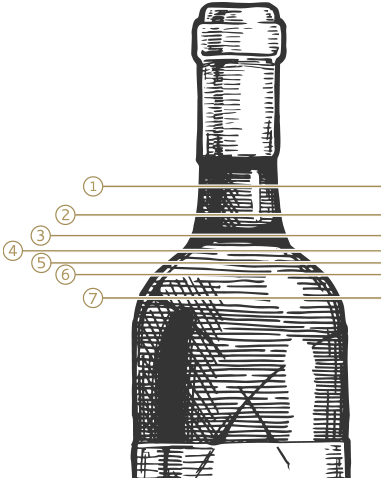 Roederer’s 2002 Cristal is a fabulous wine! Originally released in 2009, it was re-released in March this year—and was sold out in a very short time. The Cristal I tasted at Roederer in May 2018 was disgorged in 2010, after seven years sur lie. Its amazing richness and concentration makes it a forerunner of the 2015 and follows the 1999. Only two times—2002 and 2015—the fruit from all 42 plots reserved for Cristal was used for the Cristal. “I couldn’t do any better blend than the one assembling all the 42 plots,” says Jean-Baptiste Lécaillon, stressing that at that time only two hectares were farmed biodynamically. As a result of the conversion to biodynamic farming, Lécaillon promised himself the production of even more beautiful, vital and balanced wines, and you can feel his satisfaction whenever he speaks of the cuvées that are yet to come such as 2012 and 2015, the latter of which he calls “the new 2002.” Back to history: the nose of the 2002 Cristal shows a deep, ripe and elegant fruit with aromas of white chocolate, wet chalk, wild vanilla and pepper (typical for 2002) as well as terroir-driven truffle notes. Intense and very elegant in the mouth, this is a ripe, rich and concentrated yet also pure and vital Cristal with great finesse, elegance and mineral complexity. It’s a sublime Champagne right now, although it’s more wine than Champagne. Drink 2018-2050.

As for the wines, from a great vintage in Champagne, the 2002 Louis Roederer Cristal is spectacular. It is a young champagne with lots of brioche, honeysuckle, and nectarine notes presented in a full-bodied, rich style. Purists would probably say it is too young to drink, and it has at least 15-20 years of life remaining.